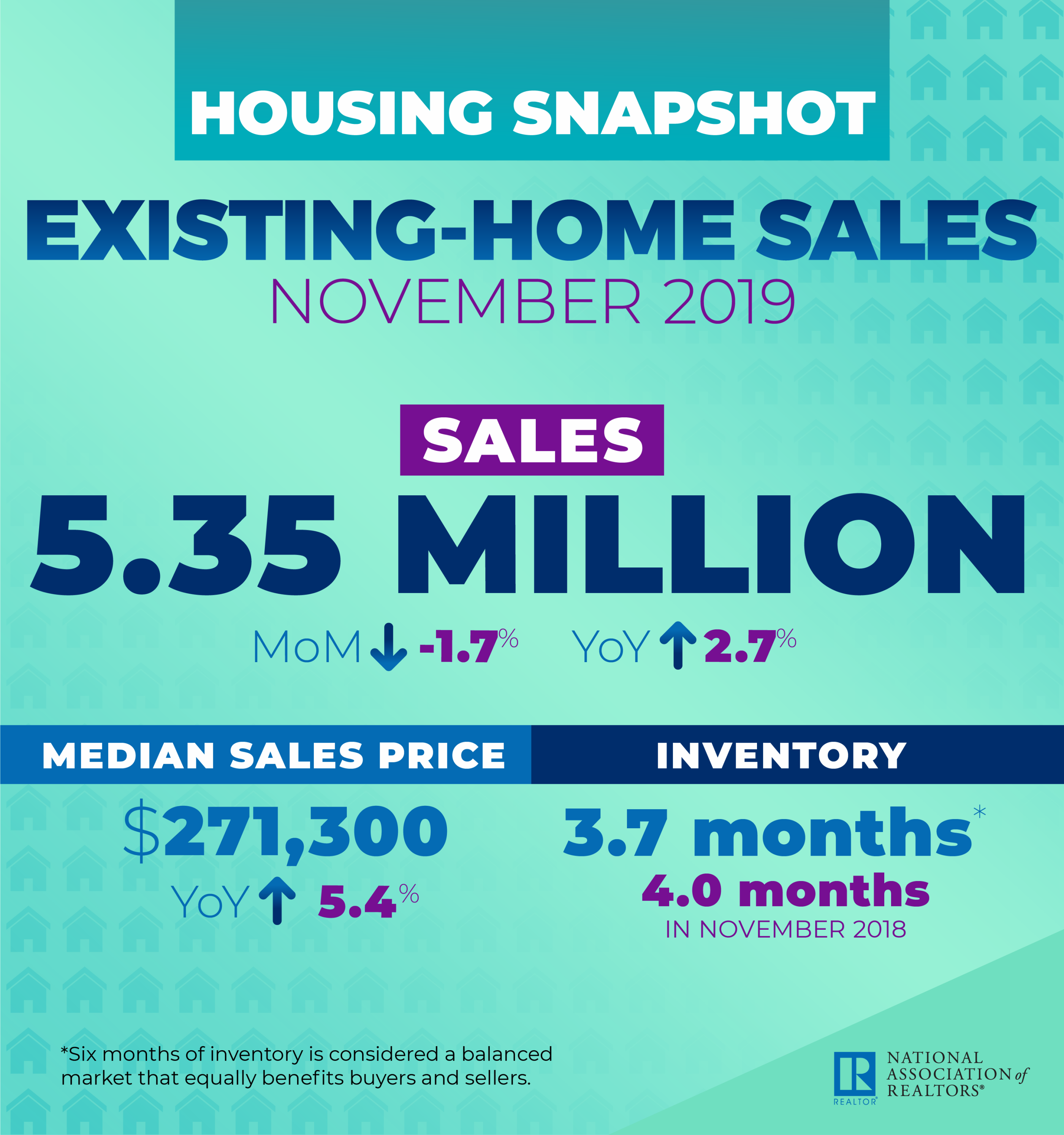 Of November’s sales, 4.79 million were single-family, and condo and co-op sales totaled 560,000. Twenty percent of sales were all-cash, and 16 percent by individual investors or second homebuyers. Two percent were distressed. First-time homebuyers comprised 32 percent of sales, aligning with the overall trend for the year, 33 percent.

“Sales will be choppy when inventory levels are low, but the economy is otherwise performing very well with more than 2 million job gains in the past year,” Lawrence Yun, chief economist at NAR, says.

The association hosted the NAR Forecast Summit recently, which addressed the economy’s path, as well as critical housing indicators.

“The consensus was that mortgage rates may rise, but only incrementally,” says Yun. “I expect to see home-price affordability improvements, too. This year we witnessed housing costs grow faster than income, but the expectation is for prices to settle at a more reasonable level in the coming year, in line with average hourly wage growth of 3 percent on a year-over-year basis.”

“New-home construction seems to be coming to the market, but we are still not seeing the amount of construction needed to solve the housing shortage,” adds Yun. “It is time for builders to be innovative and creative, possibly incorporating more factory-made modules to make houses affordable rather than building homes all on-site.”